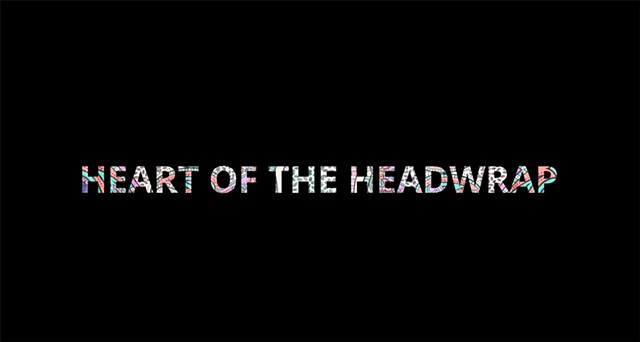 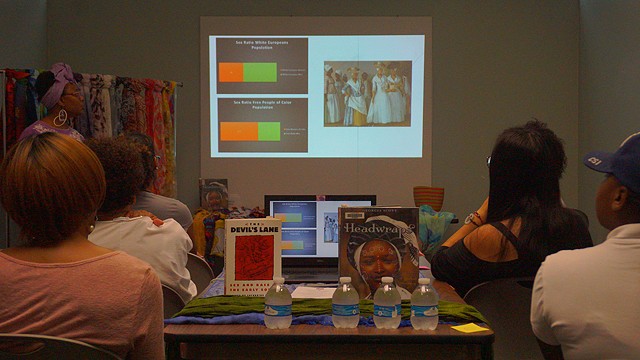 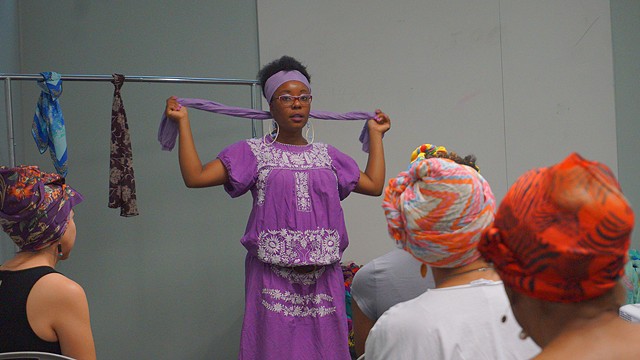 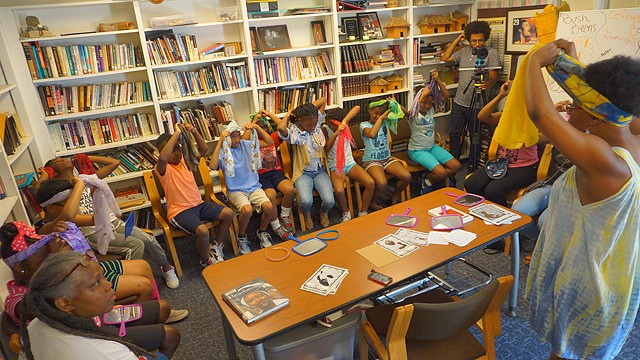 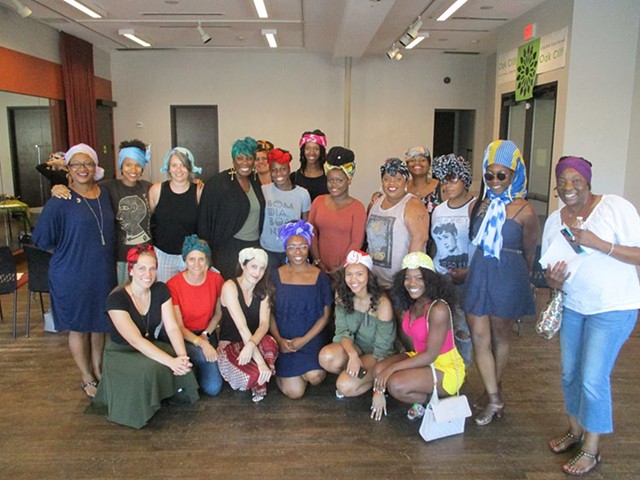 Heart of the Headwrap at the Oak Cliff Cultural Center, Dallas, Texas 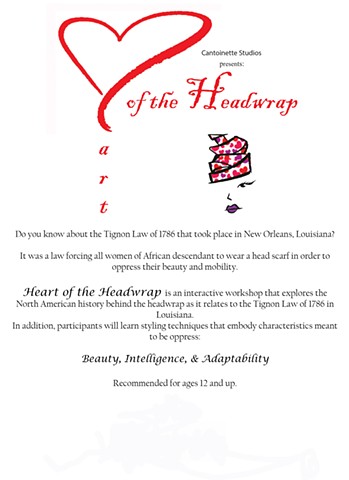 Heart of The Headwrap Flyer

Heart of the Headwrap

A series of workshops began during the summer of 2017, throughout South Dallas neighborhoods. The workshops taught women and girls about the 1786 Tignon Law of Louisiana, a law organized to oppress affluent women of African descendant through the headwrap.

In addition to understanding New Orleans 18th century culture both through the French and Spanish colonization of Louisiana, that created such a diverse community in which a growing population of people of African descendant lived freely among Europeans and slaves. While also understanding how the headwrap became a symbol of rebellion, that further enhance the characteristics that were meant to be oppress: beauty, intelligence, and adaptability.

Each participant was gifted a unique scarf and was taught how to incorporate personal style techniques with the overall goal in boosting physical image confidence through physical identification with the headwrap while taking into account the history.

These workshops were free and open to the public with sponsorship by the City of Dallas Office of Cultural Affairs through the Cultural Vitality Project Grant and the Nasher Sculpture Center Mircogrant. If you would like to request a physical or virtual workshop for your organization or group of friends please send inquiry to cantoinettestudios@gmail.com. Press Art&Culture Magazine KERA Dallas Observer